Written by Jonny McCambridge on Tuesday, 11 December 2018 Posted in: It's Christmas

I'll begin with an embarrassing confession; something I usually don't tell other adults.

It relates to revealing my favourite film. While I love much of Scorsese's and Tarantino's work, neither has produced a movie that I know so well that each line of dialogue is as familiar as the expressions on my son's face.

Instead the picture which has a permanent presence within my psyche is the Muppet Christmas Carol, a loose adaptation of the classic old fable. The basic premise is the same, but with Kermit the Frog, Miss Piggy and The Great Gonzo added in.

I can't even really make the excuse that it's a film that I've carried with me since childhood as a precious memory. The Muppet Christmas Carol was released in 1992, by which time I was already eighteen and should really have known better.

The best explanation I can offer is that the film combines two of my great loves - Dickens' Christmas morality tale and the Muppets, whose comedy I think I appreciate better as an adult than I ever did as a youth. Add in a moving performance from Michael Caine as Ebeneezer Scrooge and a soundtrack full of catchy tunes and it is close to being the perfect festive film. And one that I've watched countless times without ever feeling that my day would be better spent doing more productive things.

Naturally, as a considerate father, I wanted to pass on the joys of this family film to my young son (as well as giving me good cover to watch it again). But, for the last few years, he has remained stubbornly resistant to its charms. All of my attempts at luring him into a viewing have been met with apathy and a request to put Ryan's Toy Review on instead.

Two years ago I even booked the family into a special Christmas screening in a cinema only for my wee man to defiantly refuse to enter the theatre, preferring to sit in the foyer eating popcorn and playing with my phone.

But this year, finally, a breakthrough.

After playing him one of the songs and explaining the plot, my son agreed to watch. I have the movie downloaded on my laptop and we cuddled up together as he got his first experience of the three Christmas ghosts. It's fair to say that he was quickly hooked. A couple of hours later he asked to watch it again.

And then in the evening he asked to watch it again.

And then the following morning he awoke me in bed shortly after 5am, shaking me roughly by the shoulder.

'Put what on? What bloody time is it?'

'Put the Muppet film on daddy. Let's watch it.'

Later in the day we had to undertake a car journey, which always raises the challenge of keeping an active five-year-old occupied and amused. I asked my son if he wanted a story.

'Tell me the Muppet story daddy.'

So I began to give a rough sketch of the plot. But he quickly stopped me.

'No daddy, do it properly, right from the start.'

And so the next hour passed with me trying to give a detailed recital of the full script of the Muppet Christmas Carol, complete with the full array of character voices and tuneless performances of all the songs - One More Sleep Till Christmas, Marley and Marley, It Feels Like Christmas, When Love Is Gone and Thankful Heart.

At the points when I couldn't remember the correct lyrics I had to extemporise with my own substitutions. Soon it became apparent that my wee man, with his sponge like adolescent brain, now knows the film better than I do, as he corrected me several times when I skipped scenes or forgot lines of dialogue. Over and over he kept telling me to do it again until I got it right.

The phrase which came to my mind as I considered his years of previous indifference to the film was....be careful what you wish for. Now I've been forced to ask myself whether, like the festive reveller who has over-indulged on turkey and sherry, I've finally had more than my fill of the Muppet Christmas Carol? After all, how many times can I reasonably be expected to laugh when my son runs up and yells: 'Daddy! It's Old Fozziwig's rubber chicken factory!' into my ear?

But while there may be a feeling of overexposure at this moment, I know that the next time my son cuddles up beside me and asks me to put the Muppets on, I will readily comply. The truth is I'm delighted that he's grown to love something that has been such a favourite of mine over the years. It gives me a little opening into his world, something that is inclusive, something that we can do together. It's that level of contact which I'm always searching for as a parent. The feeling that we're in it together.

If he wants to watch the film six times a day then that's just grand.

In the spirit of true Christmas excess, I can always make room for a bit more. 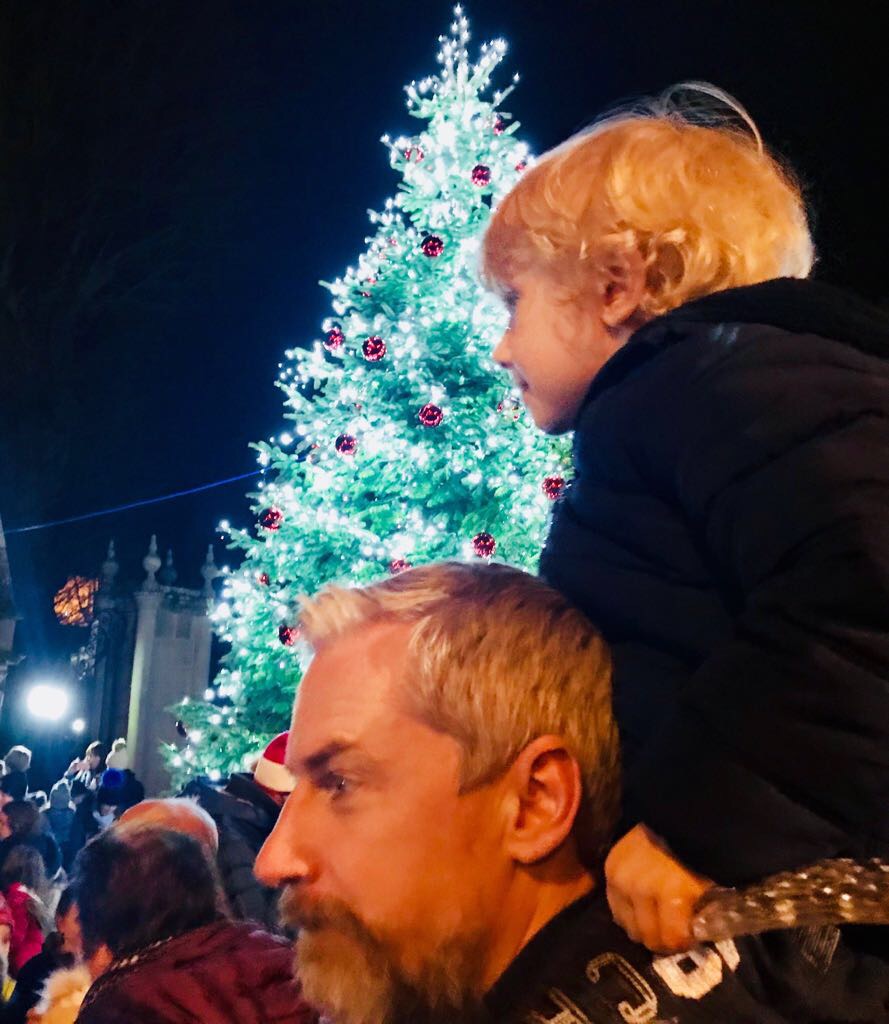 The Stay at Home Daddy

I dare not make a sound. I'm creeping past the door. Softly, softly. My senses are heightened and I can feel my bare toes rubbing against the individual strands of the thick carpet. Don't rush it. I can't help myself. I peek in, holding the...

Help others find this by sharing: