Written by Christopher Henning on Tuesday, 21 August 2018 Posted in: Parenting

Eventually I grew up (some still dispute this) and Jillian and I got together in 2007. I think from even early on in our relationship I knew I wanted kids. I don’t know what it was that made me feel this way. I don’t come from a massive immediate family; I have 1 sister, so I wasn’t surrounded by children growing up and thought “Oh… That’s what I want” Also just to be clear, when I say I wasn’t surrounded by children growing up, I mean I wasn’t home schooled like in a weird cult or anything. I did go to regular schools with regular children!!

This is going to sound weird, but I’ve always thought I’ve had a connection with kids. And before anyone who knows me and is reading this mutters to themselves, “That’s because you have the mental age of a child”, what I mean is before I had my own kids, any babies/children I seen at weddings, family events or even out and about or at a restaurant, I would be able to look at them or babble a bit and 90% of the time I’d have them smiling or laughing even if they were crying. I was also a hit on the dancefloor surrounded by kids and showing them how to do the worm, much to Jillian’s constant embarrassment!!

So when Jillian and I decided to start a family I was thinking, “Wee Buns, I’m a pro already” Not really, but when you go into parenthood the first time you haven’t a clue what it’ll be like as you’ve nothing to compare it with. You just jump in both feet and hope for the best, well I did anyways! From the moment I held Olivia after she was born, I knew it would be ok. I can’t tell you why I thought that, I just knew. Don’t get me wrong there have been plenty of rough times along the way. Sleep deprivation and high pitch screaming gets to you and there were nights Jillian and I would turn and snipe at each other. But those times pass and you forget them, well we must have, we went for a second child!! 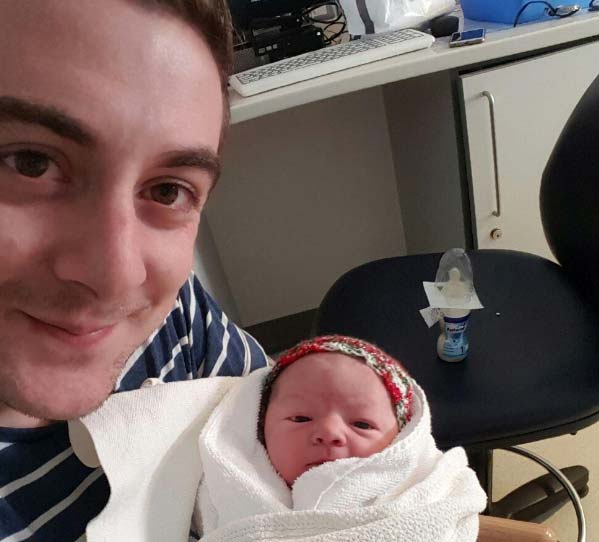 I think the single thing I most love about being a dad is the unconditional love. It gives me a feeling I can’t even describe or put in to words. It helps that Olivia can be such a gentle wee soul, always telling you she loves you and is always up for a hug. Zanna as well is such a loving wee thing. Her smile and giggle are infectious and time will tell when she is older if she is so free with the compliments to pamper my ego.

And again if I’m being honest, having kids gives you an excuse to act like a big kid yourself. I mean who doesn’t love wrestling and building forts?!? 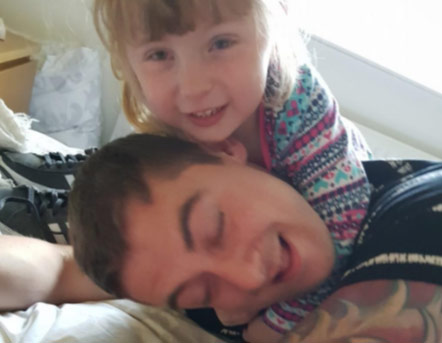 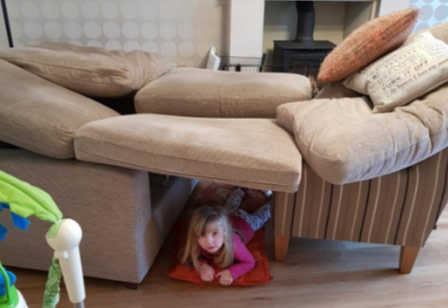 I would describe myself as a “hands on” dad. I took both Olivia and Zanna to their swimming classes when they were babies and both girls to Sure Start and the toddler groups on a Tuesday on my day off from work. It’s only through doing this did I realise that I was the odd one out, as I was generally the only man there. Now this doesn’t bother me one iota, but I’ve often wondered if dads feel the pressure going to what sometimes can be described and what I’ve heard being called “women’s things” I loved taking the girls to these things as they loved them, and I wasn’t going to let them miss out just because I would be in the minority. I got on well with the woman who ran the toddler group in a local church hall and always jokingly corrected her when she welcomed everyone to the Mother and Toddler group. I know it’s just a name and it doesn’t really bother me, but it could put off some dads who might go. I always got asked “Are you babysitting today?” to which I replied “Nope, just looking after my children” My tongue was always firmly in my cheek, and they always had a laugh with me after. But still, can men not look after children?

One place I couldn’t speak more highly of is our local Sure Start. From when Olivia was born in 2014, I think she went to every single class that was available. From Baby Yoga to Baby Massage if there was a word that could have Baby in front of it, Olivia was there! Jillian took her most days when she was off on maternity, but come Tuesday that was my day to step up and go to Baby Cafe! I continued this when Jillian went back to work. Again I was generally the only guy there, but they couldn’t have been more friendly and welcoming. That might have been because they had this rare male species showing up now, but they immediately made me feel like one of the girls! They would always have someone come in to speak about parenting issues such as when to start weaning your child, Childcare Vouchers and childminding options in general as well as Benefits that parents may be entitled to. They even had a stylist in one week who came in and showed us some techniques to find out which colours suited us in relation to clothing!!! I even got my colours done! Apparently I’m a blue and gold kind of guy! 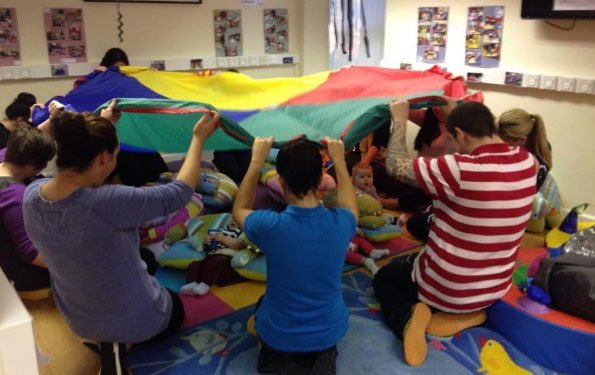 All in all fatherhood has been good to me so far. I have two wonderful girls who sleep through the night and generally are always in good moods. They have their moments, but don’t we all?!? I have a wonderful and patient wife who puts up with me. Even I can admit I can be really annoying at times, and she hasn’t given in to any murderous urges so I must not have pushed her over the edge… yet!! So looking back at my initial 4 ½ years as a father I have to say, if my biggest gripe is the name of a toddler group…

I haven’t done too badly.

After ten wonderful months on maternity leave I’m back to work next week and I can hardly believe it. I am mum to two beautiful daughters, Olivia who is 3 ½ years old and Zanna who is just approaching 9 months so this is my second maternity...

Does it really matter if I dressed her in pink?

From the moment we found out we were expecting our first child, we both knew we would find out the sex. What can I say, we are both just too nosey and impatient to wait. I planned a baby shower around 36 weeks pregnant, and we chose then to...

Help others find this by sharing: